In preparation of demonstration flights at Ft. Myer and at Le Mans, the Wrights tested their flyer at Kitty Hawk in 1908, after not having flown since Fall of 1905. The controls had been reworked to accommodate the upright positioning of the pilot, and a passenger could now be carried. In Aeronautics magazine, June 1908, "Our Recent Experiments in North Carolina",  the brothers write "In 1903 we added a motor to our machine, and on the 17th of December made four flights in it. The longest of these covered a distance of 852 feet in 59 seconds against a 20 mile wind.
In 1904 we continued the experiments on a new ground near Dayton, Ohio. The longest flights of that year were two and five minutes each, covering distances of 3 miles.
Experiments were resumed in the summer of 1905 at our grounds near Dayton. Five flights were made in September and October of that year, covering distances of from 11 to 24 miles. The account of these flights, published in l'Aerophile, of Paris, in December, 1905, created a sensation in France, and many more persons took up experiments with enthusiasm.....
Our recent experiments were conducted upon the grounds, near Kitty Hawk, North Carolina, where we experimented in 1900, 1901, 1902 and 1903. The flyer used in these experiments was the one with which we made the flights in September and October, 1905, near Dayton, Ohio. The means of control remained the same as in those flights, but the position of the controlling levers and their directions of motion had to be altered in order to permit the operator to take a sitting position. A seat for a passenger was added..."

Concerned that the brothers would not fly if they knew of their presence, Reporters hid at a distance to witness the experiments. Aeronautics, June 1908, "Watching the Brothers Fly" by Byron R. Newton-
"...Those present at the international balloon races at St. Louis last October will recall the feeling that swept over the thousands of men and women when they saw dirigible balloons go spinning away over the housetops like horses in a trotting race.
There was something an hundred fold more romantic, or ultra human, just as you please to express it, about these wonderful flights there on the lonely beach, with no spectators and no applause, save that of the booming surf and the startled cries of the sea birds. Often as the machine buzzed along above the sand plains, herds of wild hogs and cattle were frightened from their grazing grounds and scurried away for the jungle, where they would remain for hours looking timidly out from their hiding places. Flocks of gulls and crows, screaming and chattering, darted and circled about the machine as if resentful of this unwelcome trespasser in their own and exclusive  realm. There was something about the scene that appealed to one's poetic instincts,- the desolation, the solitude, the dreary expanse of sand and ocean and in the centre of this melancholy picture two solitary men performing one of the world's greatest wonders." 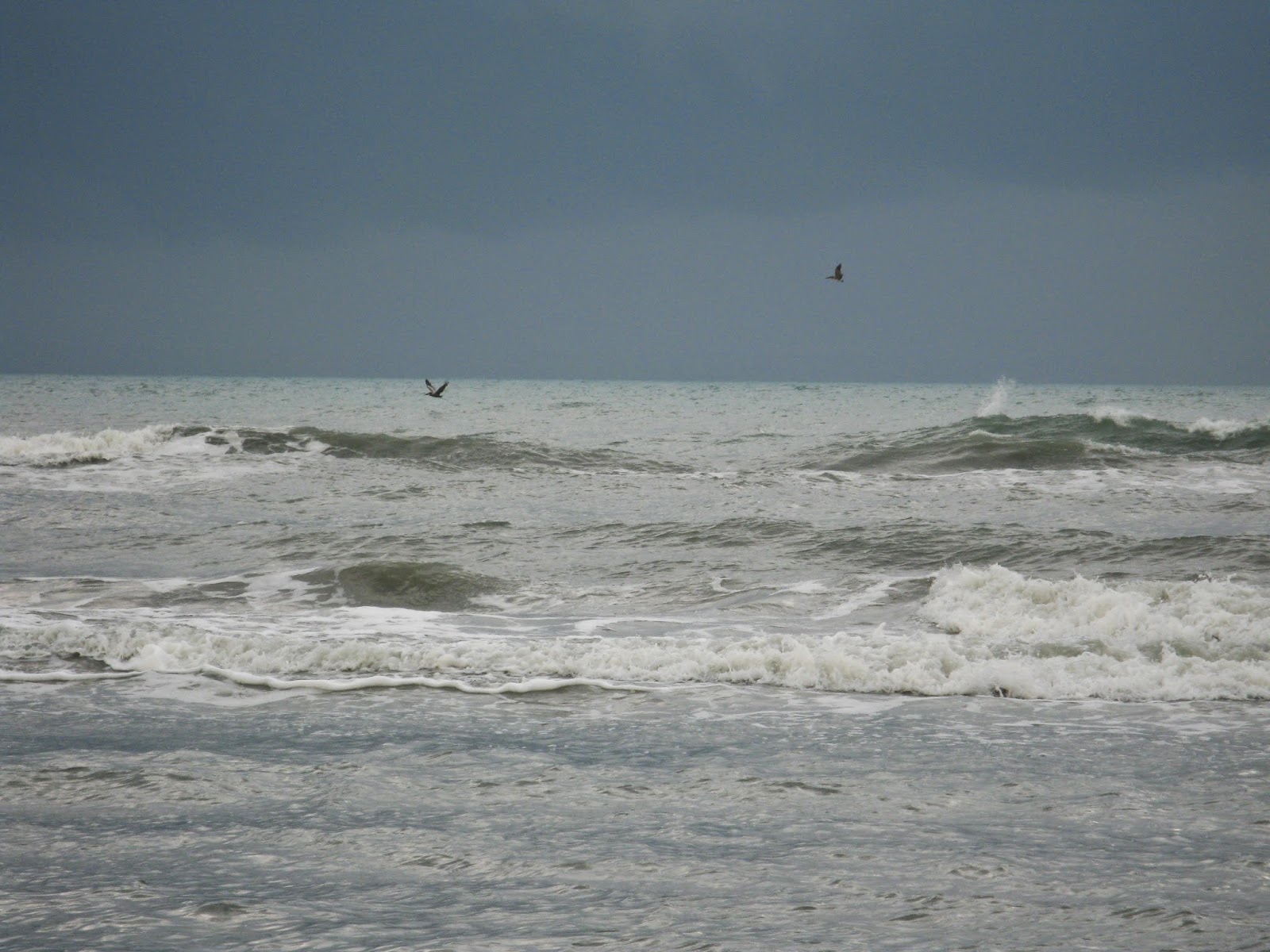 "Our Recent Experiments  in North Carolina"- "We undertook these experiments in order to test the carrying capacity of the machine, and to ascertain its speed with two men on board, as well as to regain familiarity in the handling of the machine after a period of almost three years without practice. No attempt was made to beat our record of distance, made in 1905."


"On the 14th of May a passenger was taken on board. In the first flight the motor was shut off at the end of 29 seconds to prevent running into a sand hill, towards which the machine was started. But in a second, the machine carried the passenger and operator for a flight of three minutes and forty seconds, making a complete circle, and landing near the starting point."
"Watching the Wright Brothers Fly"- Byron R. Newton- "After the first flight, we saw many others more remarkable. In the very next flight we were astonished to discover that two men were in the machine. At first we thought we were deceived by some optical or shadow effect, but when the aeroplane came down after making a flight of more than two miles, we plainly saw two men get out and examine the mechanism."

Index of Topics
Posted by Matt Yanney at 8:44 PM