Did Santos-Dumont Sabotage His Own Dirigible?

To Conquer The Air- The Wright Brothers and the Great Race For Flight- James Tobin, 2003, Pg 206/207- "In St. Louis, many were buzzing about Alberto Santos-Dumont's plan to fly on the Fourth of July. The Brazilian was well aware of the Wright's claims to have flown a powered aeroplane, and of their hope to challenge him. Chanute informed the Wrights that Santos-Dumont "told me he was not afraid of you, as he knows how tedious and slow was the working out of a new machine." But then came a reason to suspect that Santos-Dumont was not so confident of his own machine. Late one night near the end of June, someone entered his hangar at the exhibition park and slashed his gas-bag. When the police speculated that the great flyer himself might have done the deed to avoid a humiliating defeat, Santos-Dumont stormed off to Paris to make repairs....Santos-Dumont may have felt no more relieved than Will, who called the incident "a rather strange affair," though "I will suspend judgment a while."

John W. Wood, author of Airports- Elements in Design, 1940, interviewed Orville Wright on February 15, 1940. On this subject, John recorded "He (Orville) explained that the European pioneers in 1903 and directly thereafter principally based their work on the lecture which Orville and Wilbur Wright's friend Chanute had made before the Aero Club of France on April 2nd, 1903 in which Chanute had shown photographs of Wright planes and diagrams of Wright planes given to him by the Wrights. Chanute had gone to Europe, Orville Wright said, to persuade Santos Dumont to come to the St. Louis Exposition. The European's wouldn't believe Chanute when he told them the Wrights could glide in a ratio of 10 to 1 angle. Orville Wright explained that Santos Dumont had had a difficult time with his dirigible at the St. Louis Exposition. The crowds were angered when Santos-Dumont (considering the weather was not right for a dirigible flight) would not fly. The dirigible had finally been mysteriously damaged at night. Orville and Wilbur Wright always thought that Santos-Dumont had done it himself to make his graceful exit from a disappointed exhibition crowd and critical press which had been making short of him."

John Wood's interview notes in his own hand follows: 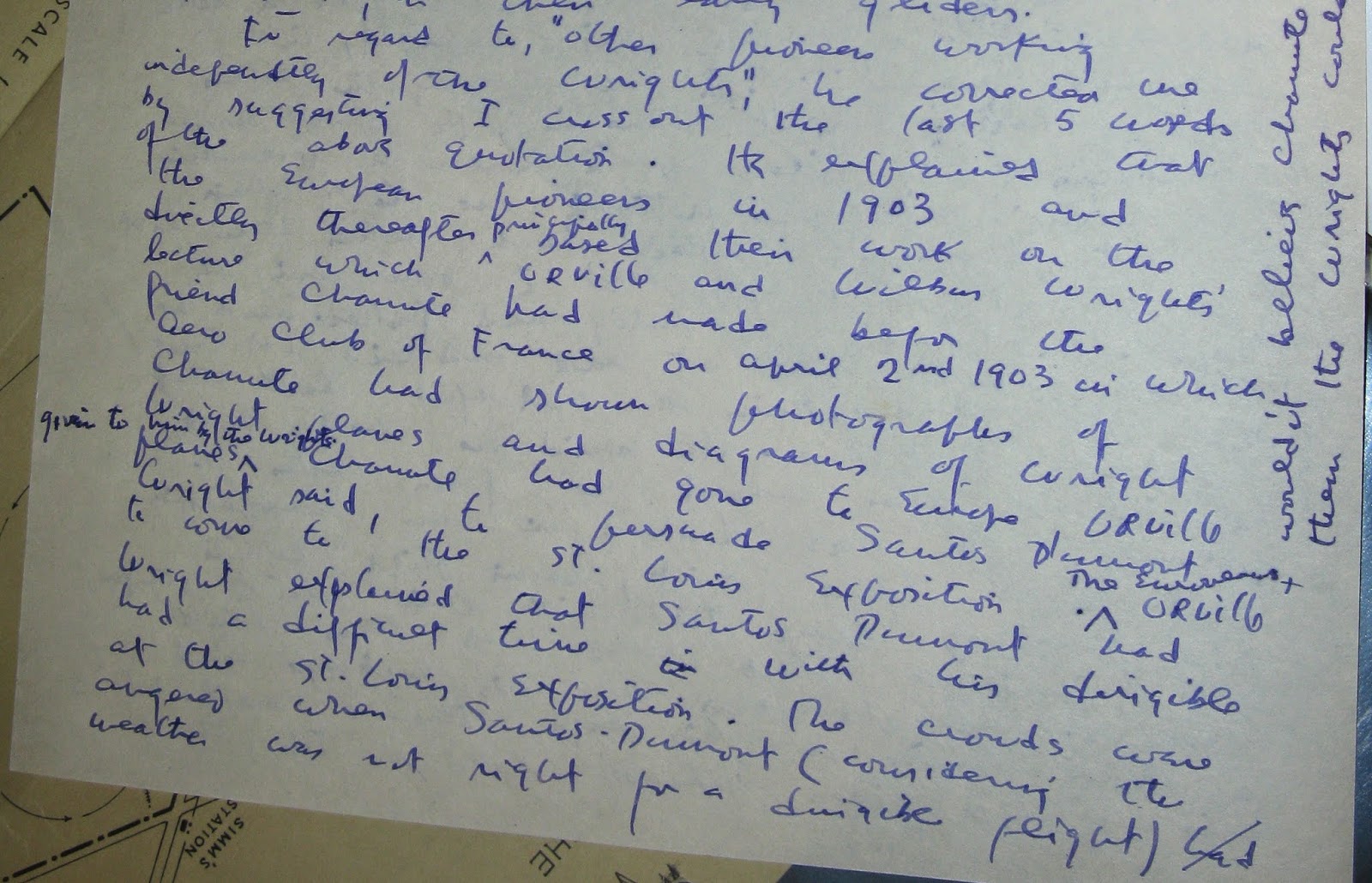 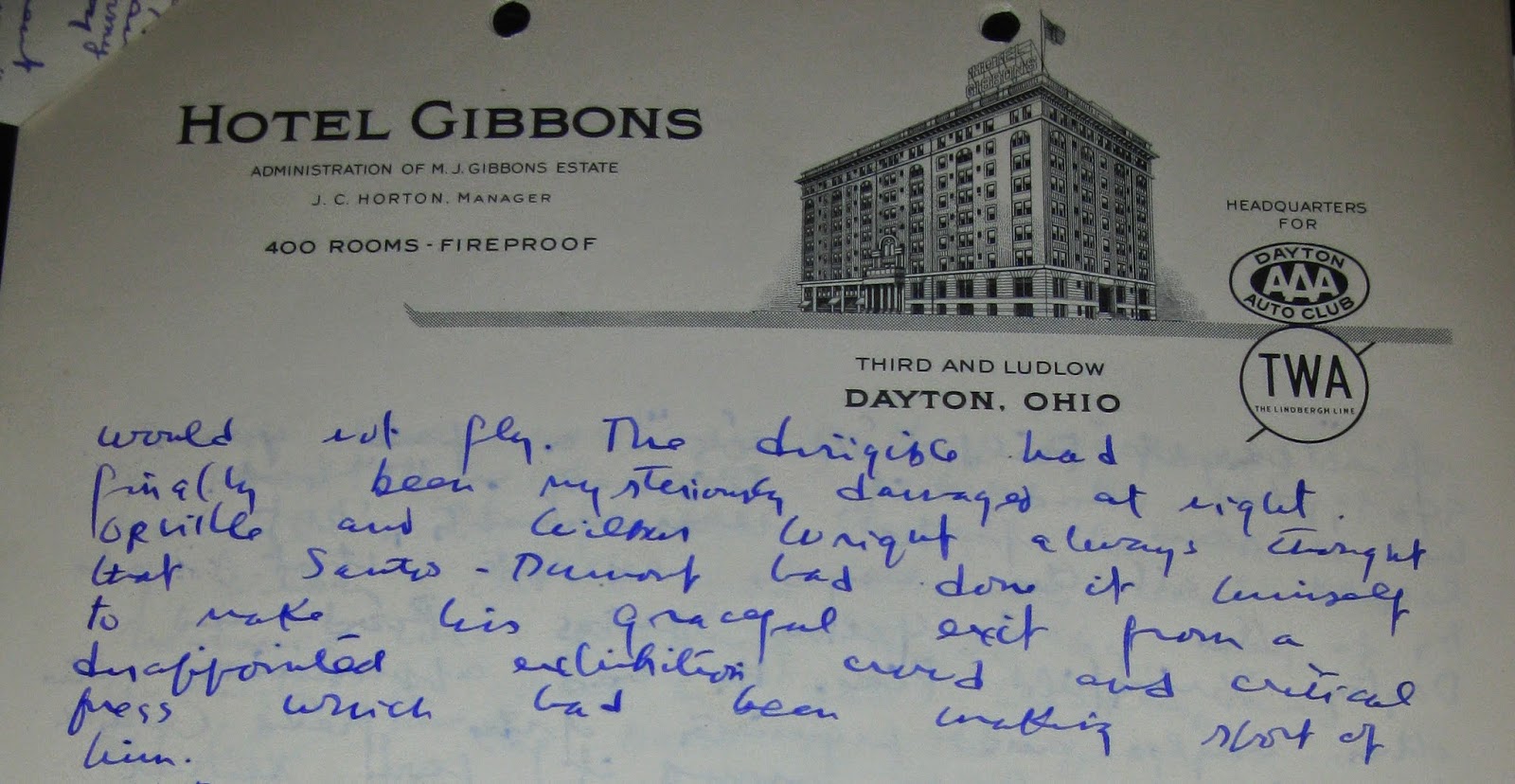 It will never be known if Santos-Dumont sabotaged his own dirigible, but the Wrights believed so.

Index of Topics
Posted by Matt Yanney at 8:46 PM